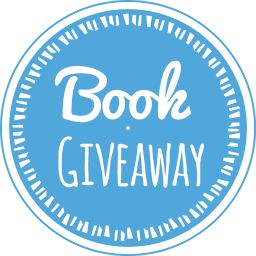 We’re giving away a copy of Book of Unknown Americans  written by Cristina Henríquez–our featured novel for our November book group meeting!! Check out the following from Kirkus Reviews:

A family from Mexico settles in Delaware and strives to repair emotional and physical wounds in Henríquez’s dramatic page-turner.

The author’s third book of fiction (Come Together, Fall Apart, 2006; The World in Half, 2009) opens with the arrival of Arturo and Alma Rivera, who have brought their teenage daughter, Maribel, to the U.S. in the hope of helping her recover from a head injury she sustained in a fall. Their neighbors Rafael and Celia Toro came from Panama years earlier, and their teenage son, Mayor, takes quickly to Maribel. The pair’s relationship is prone to gossip and misinterpretation: People think Maribel is dumber than she is and that Mayor is more predatory than he is. In this way, Henríquez suggests, they represent the immigrant experience in miniature. The novel alternates narrators among members of the Rivera and Toro families, as well as other immigrant neighbors, and their stories stress that their individual experiences can’t be reduced to types or statistics; the shorter interludes have the realist detail, candor and potency of oral history. Life is a grind for both families: Arturo works at a mushroom farm, Rafael is a short-order cook, and Alma strains to understand the particulars of everyday American life (bus schedules, grocery shopping, Maribel’s schooling). But Henríquez emphasizes their positivity in a new country, at least until trouble arrives in the form of a prejudiced local boy. That plot complication shades toward melodrama, giving the closing pages a rush but diminishing what Henríquez is best at: capturing the way immigrant life is often an accrual of small victories in the face of a thousand cuts and how ad hoc support systems form to help new arrivals get by.

A smartly observed tale of immigrant life that cannily balances its optimistic tone with straight talk.

It looks like another interesting read–a great addition to any personal or classroom library! To be entered in the giveaway, just comment on any post on the blog by November 7.  Everyone who comments between October 4 and November 7 will be entered in the drawing.  If your name is chosen, we’ll email you ASAP about mailing the book to you.

Don’t forget, we also raffle off a copy of the following month’s featured novel at each book group meeting.  So if you’re an Albuquerque local, join us for a chance to win!