Saludos, todos! This week we will be showcasing the life and work of Daniel José Older, author of this month’s Featured Book, Shadowshaper. Shadowshaper has been hailed as one of the best new urban fantasies, and lauded for its diverse protagonists. However, Older is a man of many trades and, aside from his career as a young adult novelist, he is also a musician and composer. Older also spent nearly a decade working as a New York City paramedic, and he has turned some of the dispatches and memories from those years into creative non-fiction pieces, or “Ambulance stories.” Older’s time spent as a paramedic exposed him to a variety of social conditions and narratives, which, presumably, have influenced the political and sociological aspects of his creative work. His imaginative fantasy is grounded by real-world social critiques and commentaries. Older lives in the Bedford-Stuyvesant neighborhood of Brooklyn, New York, which is also where his most recent novel, Shadowshaper, takes place.

According to a review of Shadowshaper by The New York Times, “In the best urban fantasy, the city is not just a backdrop, but functions as a character in its own right, offering up parallels between personal histories and histories of place. That is certainly true in Daniel José Older’s magnificent ‘Shadowshaper,’ which gives us a Brooklyn that is vital, authentic and under attack.” Indeed, Older’s own Brooklyn hometown emerges as a dynamic character full of artistic wonders and sociopolitical complexities, such as gentrification and racism. END_OF_DOCUMENT_TOKEN_TO_BE_REPLACED 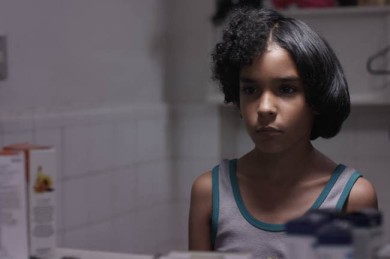 This week we have an amazing film resource from Venezuela, 2013’s internationally-acclaimed Bad Hair (“Pelo Malo”). Writer/Director Mariana Rondón brings us this incredibly poignant story about a young boy named Junior who is obsessed with straightening his thick, curly hair, an obsession that drives his mother into a panic over her son’s masculinity.

Earlier this week, ¡Mira, Look! featured Laura Lacámara’s phenomenal book, Dalia’s Wondrous Hair (El cabello maravilloso de Dalia), a book that shares so many amazing similarities with today’s film, Bad Hair.  Firstly, and most obvious, they both deal with a child’s mix of struggle and enjoyment in learning to deal with their hair.  Both of the writers are women who come from Latin American countries with Caribbean coastline and strong Afrolatino cultures.  And, in the end, they both deal with love – love of community, love of family and love of self. That being said, let’s dive into some of the most salient points of Bad Hair, a film that will have you laughing and crying, and will surely leave you wanting to know more about life in Caracas, Venezuelan history, but mostly, it will leave you with a particular song stuck in your head.

END_OF_DOCUMENT_TOKEN_TO_BE_REPLACED

Gathering Books is currently in the midst of a multicultural-based reading theme, “Rainbow Colors of Diversity: Voices of the Silenced.”

Are you looking for something to read? Check out the phenomenal blog: Gathering Books. I’ve always been aware of this incredible resource, but I’ve never had much of a chance to explore its voluminous content. Until now. My one word summary is: “Wow!” I’m struck by the amount and quality of work the team at Gathering Books must devote to the blog. It’s mind-blowing.

The bloggers responsible are Myra Garces-Bacsal, an Assistant Professor and clinical psychologist who does extensive work with the gifted; Fats Suela, a B.A. in Psychology, “nomad at heart,” and fabulous book reviewer; and Iphigene Daradar, a managing consultant, pyschometrician (I had to look this up), and counselor-in-training. These three have reviewed and commented in depth on hundreds of books. Many kudos for that!

The blog is organized into sections consisting of book reviews of all types (with new reads on Mondays and Saturdays), Filipino Lit, Nonfiction for Adults, Picture Books, Young Adult Lit, and more… Visitors interested in finding a good read can navigate these sections, read the reviews, view scans of illustrations, and comment on the books after reading.  END_OF_DOCUMENT_TOKEN_TO_BE_REPLACED

Over the past several weeks, we have tuned into various aspects of immigration. This week, we want to turn our attention to one of the grittier aspects of transition: the journey. For many who cannot migrate to the United States “legally” for one reason or another, this means they must endure a long, arduous, dangerous journey that can include violence, dangerous modes of travel, and surviving the dessert. Many do not survive this journey. However, what is important to note is that men, women, and youth make this journey. Yes, youth. Youth migrants are often ignored in mainstream discussion on immigration, when many young people come to the United States via the same mode of travel as their other family members and face similar hardships. Thus, we turn to Will Hobbs’s Crossing the Wire, a book that focuses on a young Mexican immigrant’s journey to the United States.  END_OF_DOCUMENT_TOKEN_TO_BE_REPLACED

Laura Resau’s Office – image from the Ocean in a Saucer blog.

For my next few blog posts, I decided to feature other, unique blogs dedicated to Latin American young adult literature. Laura Resau’s blog is called Ocean in a Saucer because writing novels, to Resau, feels like “trying to fit a raging, deep, sparkling, infinite thing like the ocean” into a saucer.

In case it wasn’t obvious from this imaginative quote, Resau is an extremely thoughtful, interesting person. Her background is in cultural anthropology and ESL-teaching. She has lived and traveled in Latin America and Europe, which has inspired her books. She has taught English in the Mixtec region of Oaxaca, and she donates royalties to indigenous rights organizations in Latin America.

This blog is just cool. I visited looking for lesson plans and was quickly sidetracked by the apparently awesome life of a writer. Resau has been typing out her masterpieces in a whimsical trailer/writer’s pad (complete with butterflies, bells, trapeze outfits, and an altar with the Virgin of Juquila), visiting amazing places like Portugal, and meeting (and no doubt, inspiring) the students that read her books. END_OF_DOCUMENT_TOKEN_TO_BE_REPLACED

We all know that the subject of immigration is deeper than it would appear on the surface. While many people immigrate for a better job or a better future for their families, there are many problems facing the typical immigrant. We see this on the news as people fight to “secure our borders,” while others fight for immigrant’s rights. But what about those who immigrate and their families? What is it like to be an immigrant? Not only does uncertainty face those who immigrate, but it faces the families of those who come to the North as well. This week’s book, Bettina Restrepo’s Illegal, puts immigration into this realistic context.

Illegal tells the story of Nora, a young girl whose father leaves Mexico in search of work in the North. Her father maintains constant contact with the family, sending letters and money to the family as frequently as possible. While Nora is sad that her father is gone, she remains hopeful that he will return and they will live a better life one day. However, when her father’s letters and money stop coming, Nora and her mother cross the border into Texas to look for him. Now, not only is Nora without her father, but she too is also an immigrant in this strange land forced to readjust. END_OF_DOCUMENT_TOKEN_TO_BE_REPLACED 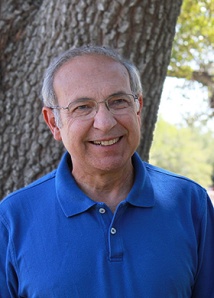 As we have seen so far this year, there are many things that set Hispanic authors apart in the literary world. This week, we are going to see yet another way that an author who writes literature for young adults takes his experiences as a Mexican-American youth and creatively interprets them for young people.  We will be looking at the work of author Francisco X. Stork.

Stork was born in Mexico in the early 1950s to a single mother. As a child, his family moved from Mexico to El Paso, Texas because his step-father was in search of work. It was his step-father who gave him his first portable typewriter for his seventh birthday when Stork announced he wanted to be a writer. END_OF_DOCUMENT_TOKEN_TO_BE_REPLACED

Hopefully, the school year is still full steam ahead. I would like to turn your attention to a book that not only discusses what it means to face challenges in school, but it also refers to what happens when someone’s ambition juxtaposes them to what society expects from them. Ashley Perez’s What Can’t Wait is a coming of age tale that explores what it means to be caught between two worlds.

What Can’t Wait is a book that is most appropriate for young adults. There is some coarse language, which is not atypical for a book geared towards this age group, but it actually gives credence to the book by making the voice of the main character, Marisa, sound more realistic. Perez vividly portrays Marisa realistically as a young woman who is stuck at a crossroad. One appeal to this book is that it is written in first person, and the audience has insight into Marisa’s thoughts. This is very valuable as her thoughts come across as both emotional and intelligent; they set the stage for the conflict in this book. Also, it is worth mentioning that Perez, who is currently a Ph.D. candidate at Indiana University (my alma mater!) has taught K-12 classes in Houston, including bilingual kindergarten. Plus, I know we teach our students not to judge a book by its cover, but the cover is very enticing and sharp; it’s very modern.  END_OF_DOCUMENT_TOKEN_TO_BE_REPLACED

One of the staples of our fall curriculum is Christopher Columbus. After all, Columbus was a historical figure whom we were all taught to love because without him, we would not have America–and he had cool wooden ships that we could build and put into bottles! However, by now, we all know that Columbus and his legacy leave much deeper implications than just “discovering America.” I mean, just think of that phrase for a moment. Was America lost prior to 1492? And what did he find? New York? Well, following with some of our previous work on Rethinking Columbus, this week’s post will focus on recent scholarship of Columbus’s voyage, what the Americas were like, and how we can disburse this information more appropriately to our students.  END_OF_DOCUMENT_TOKEN_TO_BE_REPLACED