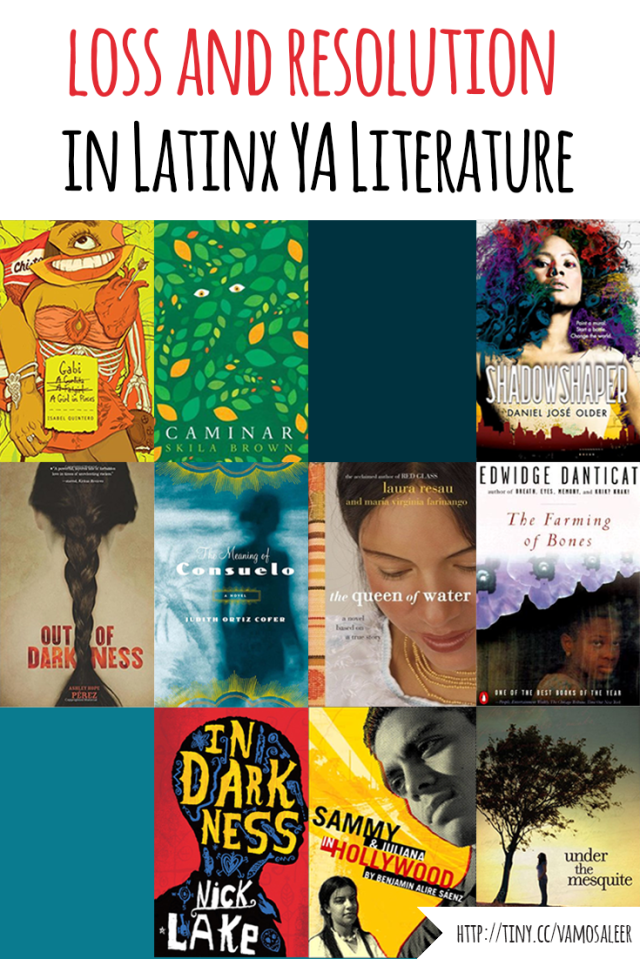 Happy fall!  I hope this finds you each doing well and enjoying the changing of seasons.

Fall, my favorite time of year!  For me, it is characterized not only by the falling leaves, the crisp air, and the distinct scents that come with the changing temperature, but also with a gentle nostalgia, heightened reflection, and sense of calm.  In accordance with our theme for this month, we’re honoring this moment of reflection by pulling together a Reading Roundup that highlights strong protagonists who have experienced some form of loss and resolution in their lives. We hope that this will also be good preparation for teachers who are looking for resources that can help bring these difficult topics into the classroom.

END_OF_DOCUMENT_TOKEN_TO_BE_REPLACED 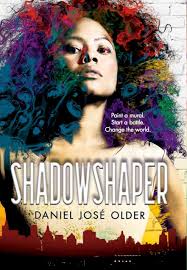 Sierra Santiago planned an easy summer of  making art and hanging out with her friends. But then a corpse crashes the first party of the season. Her stroke-ridden grandfather starts apologizing over and over. And when the murals in her neighborhood begin to weep real tears… Well, something more sinister than the usual Brooklyn ruckus is going on.

With the help of a fellow artist named Robbie, Sierra discovers shadowshaping, a thrilling magic that infuses ancestral spirits into paintings, music, and stories. But someone is killing the shadowshapers one by one — and the killer believes Sierra is hiding their greatest secret. Now she must unravel her family’s past, take down the killer in the present, and save the future of shadowshaping for generations to come.

Full of a joyful, defiant spirit and writing as luscious as a Brooklyn summer night, Shadowshaper introduces a heroine and magic unlike anything else in fantasy fiction, and marks the YA debut of a bold new voice.

Older’s Shadowshaper has received wide-acclaim, and after reading it, it’s easy to see why. There aren’t many books out there that do what this one does. I’m not sure I’ve ever read an urban fantasy book, certainly not for young adults. I also can’t think of a single fantasy book whose characters are based almost entirely on a group of urban youth of color. As we talk more and more about the need for authentic and quality diverse literature in the classroom, it’s easy to see why a book like this is so important.  END_OF_DOCUMENT_TOKEN_TO_BE_REPLACED