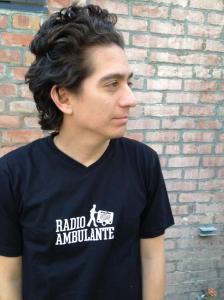 This week I am really excited to introduce you to one of my favorite authors (journalists, essayists, soccer enthusiasts) Daniel Alarcón, the author of our first adult Vamos a Leer book, Lost City Radio.

Alarcón, born in Lima, Peru in 1977, is an American author who currently resides in San Francisco, California. Alarcón grew up in Birmingham, Alabama and earned a bachelor’s degree in anthropology from Columbia University and a Master’s from the renowned Iowa Writer’s Workshop. His books include War by Candlelight, a finalist for the 2005 PEN/Hemingway Award, and Lost City Radio, winner of the PEN USA award in 2008. He is Executive Producer of Radio Ambulante, a Spanish language narrative journalism podcast – telling Latin America’s stories in a very similar fashion to ‘This American Life.’ In 2010 The New Yorker included Alarcón in their best 20 writers under 40 list, and his most recent novel, At Night We Walk in Circles, was a finalist for the 2014 PEN/Faulkner Award. END_OF_DOCUMENT_TOKEN_TO_BE_REPLACED 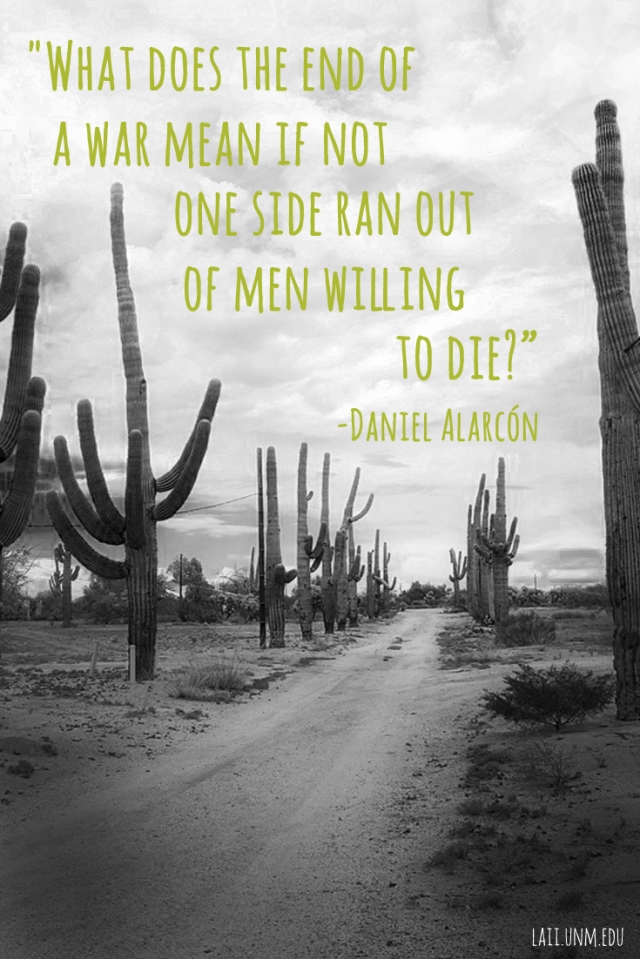 In honor of this month’s featured book, Lost City Radio, I’ve created an image of a thought provoking quote by Daniel Alarcón.

I hope you enjoy it! 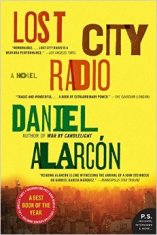 As many of you may know, we are really excited to be reading adult books every other month in the Vamos a Leer book group. Although we love(!) young adult novels, choosing older books allows us to expand our reading list and discussions. These books draw on many of the themes that we discuss for younger readers, but tackle them in more complicated and nuanced narratives. Personally, this serves as our own form of professional development, contributing to our own background knowledge. In the end, these novels can allow us as educators to be more empathetic and understanding as we extend ourselves to really connect with some of the students and issues with whom and which we work.

Our first adult selection, and the book I will be reviewing today, is the 2008 novel Lost City Radio from Peruvian-American writer Daniel Alarcón. I first read Lost City Radio nearly three years ago after I had read his then newly-released novel At Night We Walk in Circles. I think I can speak for many when I say after you read Alarcón for the first time, you don’t stop. Instead, you find his other novel, his short stories, his podcast and his news articles fluttering through some of the most respected spheres on the internet, and you devour them. He is an intoxicating author and writes with such a beautiful simplicity, a created simplicity, that puts the reader directly into an experience and makes reading almost effortless.

Join us October 5th at 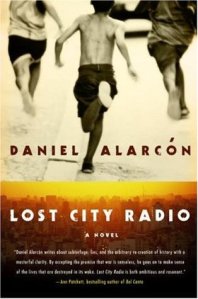 Here’s a sneak peek into the book from Goodreads:

For ten years, Norma has been the voice of consolation for a people broken by violence. She hosts Lost City Radio, the most popular program in their nameless South American country, gripped in the aftermath of war. Every week, the Indians in the mountains and the poor from the barrios listen as she reads the names of those who have gone missing, those whom the furiously expanding city has swallowed. Loved ones are reunited and the lost are found. Each week, she returns to the airwaves while hiding her own personal loss: her husband disappeared at the end of the war.

But the life she has become accustomed to is forever changed when a young boy arrives from the jungle and provides a clue to the fate of her long-missing husband.

Stunning, timely, and absolutely mesmerizing, Lost City Radio probes the deepest questions of war and its meaning: from its devastating impact on a society transformed by violence to the emotional scarring each participant, observer, and survivor carries for years after. This tender debut marks Alarcón’s emergence as a major new voice in American fiction.

Be sure to get entered in our drawing for a free copy of the book!! All you have to do is comment on any blog post by September 28th!

We’ll also be raffling off a copy of November’s featured book, Enrique’s Journey (12 and up).  Join us that evening to be entered!

We hope to see you on October 5th! 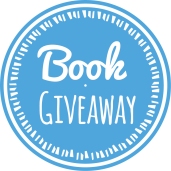 e’re giving away a copy of Lost City Radio written by Daniel Alarcón–our featured novel for October’s book group meeting!! Check out the following from Goodreads:

“Stunning, timely, and absolutely mesmerizing, Lost City Radio probes the deepest questions of war and its meaning: from its devastating impact on a society transformed by violence to the emotional scarring each participant, observer, and survivor carries for years after. This tender debut marks Alarcón’s emergence as a major new voice in American fiction.”

Don’t forget, we also raffle off a copy of the following month’s featured novel at each book group meeting.  So if you’re an Albuquerque local, join us for a chance to win!