Happy Earth Day!! This week, I am reblogging an excellent post by Marianne Snow Campbell. Her idea to read any book about the environment through a critical lens is a great way to introduce critical thinking outside the classroom context. She includes examples from books for different age groups and even includes activity ideas for the classroom! Check it out!

Earth Day is here again!  It’s a time to honor the natural world that surrounds us, consider how we can take better care of the environment, and take action keep our planet healthy and beautiful. In schools, many teachers and students will join together to read and discuss books with environmentalist lessons – The Lorax, The Great Kapok Tree, a variety of picture books about recycling and picking up litter. Last year, Lila Quintero Weaver shared a beautiful post about books celebrating “Latin@ Heroes of the Planet” and other “Earth Day-friendly books with Latin@ connections.” I love the strong messages that these texts carry and believe that they should play a prominent role in educating children about conservation and ecology.

However, reading literature with overt lessons about the earth isn’t the only method for learning about environmentalism. There’s another, somewhat subtler, approach – ecocriticism. Ecocriticism…

Thanks again for joining me this week! Last week, I featured Ana Teresa Fernández’s work in my post describing how activism can be practiced in different forms; art being one of them. This week, I will expand on the idea of activism in different forms, focusing more specifically on children as activists. As Keira noted in her Sobre Enero post, January is about focusing not only on how to teach young people about injustices, but also offering ideas for how they can take a stand against them. So, this week, I will provide online resources to introduce some really important young activists who have made a big difference in their country, Colombia, since they spoke up.

There were more than 4,000 child deaths in Colombia in 1996 due to civil war and La Violencia, which had already been underway for more than 30 years. Graça Machel, a well known humanitarian sent to study the impact of civil war and violence on children, visited Colombia that same year. When 15-year-old Farlis Calle Guerero heard the call for children’s testimony at her school, she organized as many of her classmates and friends as she could to present testimony to Graça Machel on how the war had impacted them. Bringing these students together to create this presentation led Farlis to the realization that they (her classmates and the rest of the youth) could be the solution to the violence. After the presentation, Graça reported back to the U.N. while Farlis and about two-dozen of her classmates got to work organizing and participating in peace meetings, which led to the creation of “peace zones” and “peace carnivals.” The movement, which turned out to have the participation of more than three million Colombian children, became known as the Children’s Peace Movement. Farlis and her classmates were able to start a movement, with the help of UNICEF, that created an international voice for children’s rights in all countries. END_OF_DOCUMENT_TOKEN_TO_BE_REPLACED

I hope you all enjoyed the documentary I featured on WWW last week!  This week, in keeping with the themes of immigration and resources to honor and understand Latin American cultural influences and experiences

, I am featuring an online source that will serve as a good supplement to the documentary, The Dream is Now.  The website is called Lost in Immigrationlandia and it highlights the stories of two young men, Alex and Cristhian, who migrated to the United States from Guatemala and Honduras, respectively.  Their stories illustrate the many reasons they left their countries in the first place and tell of the obstacles they faced in getting to the United States.  Once they arrived, the stories illustrate how the boys were received in the States and taken to holding cells or detention centers nicknamed “The Freezers.” END_OF_DOCUMENT_TOKEN_TO_BE_REPLACED

I hope everyone has enjoyed their first few weeks of classes!  If your weeks were anything like the normal first few weeks of the school year, it’s probably safe to say they have been busy as ever.  Is anyone ready for a movie break?  I know I am.  This week, I introduce a short documentary that is available as an online resource.  It’s just thirty minutes long, but it packs a powerful message.  The film is called The Dream is Now and it is about how the broken immigration system in the United States affects the lives of those with the “undocumented” status living in this country.  With this resource, I’m building on the themes that Keira elaborated on earlier this week: resources to honor and understand Latin American cultural influences and experiences.  END_OF_DOCUMENT_TOKEN_TO_BE_REPLACED

In the last post, I discussed the ways we can use literature to encourage global citizenship in our classrooms .  Film can be used in a much similar way, transporting students to a different place or time.  To show a good film is to give students the 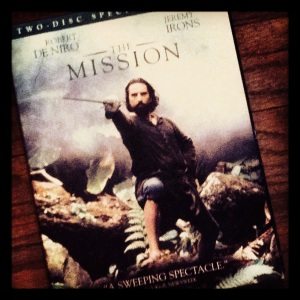 opportunity to experience a piece of life through someone else’s eyes. If we use films written, directed, produced or acted by those from other countries, we’re also providing exposure to another’s point of view, one that often is vastly different from our own.

Our students are from a visually and technologically savvy generation.  Amid Promethean boards, other smart board technologies, Ipads, and Imovie apps, watching a movie in class isn’t necessarily the ‘treat’ it used to be–some of our students are used to creating their own movies. Too often movies in class have become synonymous with nap time or busy work–a.k.a the teacher has work she/he has to get done, and doesn’t have time to teach.  So, the idea of a movie itself might not catch a class’s attention, but that story that transports them to a country they’ve never seen, an ecosystem they’ve only read about, languages or music they’ve never heard, or art they’ve never seen–that can grab their attention.

Discussions of films like these are always a great exercise in critical thinking skills.  Last spring semester we hosted a workshop on “Teaching About the Border Through the Lens of Film.”  Dr. Liz Hutchison, UNM professor of History, brought up a number of important points to consider when we use film in the classroom–many that could lead to fruitful classroom discussions.