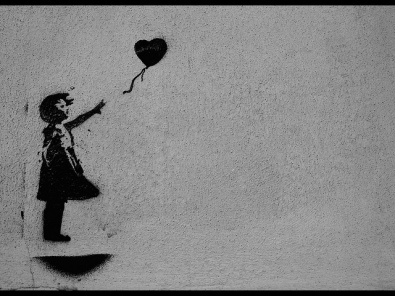 With Valentine’s Day just a little over a week away, today’s post focuses on how to teach about love and social justice. It may not be the typical Valentine’s Day themed lesson, but I think it’s a powerful way to expand upon the ways in which we frame our conversations about love in the classroom. As we think about the ways in which we can guide our students to think about love in terms of love for the world and the societies in which we are a part, I can imagine no better way to talk about love than as a form of compassion, empathy, and activism through knowledge of the lived realities of those with whom we share this world.

Today’s post highlights a piece of the Rethinking Schools curriculum The Line Between Us: Teaching About the Border and Mexican Immigration. The connection to Valentine’s Day may not be immediately clear, but just bear with me for a bit. The Line Between Us is a book we highly recommend at Vamos a Leer. I used it as the basis for a semester long study when I taught 7th grade Social Studies and it was one of my most successful units (for both my students and myself as a teacher). If you’re not familiar with the book, here’s a quick overview:

“The Line Between Us explores the history of U.S-Mexican relations and the roots of Mexican immigration, all in the context of the global economy. And it shows how teachers can help students understand the immigrant experience and the drama of border life.

But The Line Between Us is about more than Mexican immigration and border issues. It’s about imaginative and creative teaching that gets students to care about the world. Using role plays, stories, poetry, improvisations, simulations and video, veteran teacher Bill Bigelow demonstrates how to combine lively teaching with critical analysis.”

Much of the curriculum guide is inspired by a series of trips to Mexico made by a group of U.S. teachers. As part of these trips, the group visited the Casa del Migrante, a shelter in Tijuana run by the Scalabrini Order of the Catholic Church. Many of the residents of the shelter are migrants on their way to the U.S., but increasingly many are men who have been deported from the U.S. One of these visits to Casa del Migrante fell on Valentine’s Day. This was when Bob Peterson, an elementary school teacher and editor of Rethinking Schools, met Juan.

Juan had been arrested by the San Jose police for driving without a license. Without papers, he was turned over to the Immigration and Naturalization Service. He was held for two days then flown with 200 other deportees to San Diego and bused to Tijuana. It had been 12 years since Juan had been in Tijuana. Left behind in the U.S. were his two daughters, 9 year-old Cinthia and 8 year-old Karely.  Having no place to go in Tijuana, he found an abandoned car to sleep in before he found Casa del Migrante.

As a result of meeting Juan, Peterson wrote the following poem.

Saint Valentine
was not looking over
Juan Torres today
as he landed in
downtown Tijuana
dropped off by la migra
after getting pulled over
a few days earlier by
San Jose police for
driving without a license
— a license he cannot get
because he is undocumented —
leaving his construction job
to go home to his two daughters
Cinthia aged 9 in fourth grade
Karely aged 8 in third grade
both citizens of the U.S.A.
born in California,
the police zapped their
computer connections with the INS
and Juan was no longer
staring down the headlights
of a San Jose cop
but rather turned over
to bright lights of the
Border Patrol
where he was
interrogated,
imprisoned for two days,
then flown to San Diego
with 200 other deportees
and finally bused to
downtown Tijuana
and dumped
in a place he’d not been
for 12 years
when he first crossed over
having left his home in Michoacan
at age 20 “to get a better life.”
Pushed off the bus
in the middle of the night
cold, hungry
Juan climbed into an
abandoned car in a futile
attempt to stay warm
shivering he abandoned
the car and sneaked into a church
resting a few hours
until the sun came up
when he learned from someone about
la Casa del Migrante
where he now sits
telling me
his story over a plate of
frijoles, papas, carne asada y arroz
saying how he talked by phone
to his daughters
and they said.
“We miss you, Papi…
so much!”
Juan looks down at his plate
and then into my eyes
and says “I miss them so much too.
I’m going back
but now you have to walk
for two straight days and one night
to get there.
“Good luck,” I say
and shake his hand.

I was struck by the poem and the possibilities for using it to reframe conversations we have around Valentine’s Day. As we ask our students to consider love this Valentine’s Day, perhaps we move them beyond chocolates and red heart shaped balloons. Maybe we ask them to think about love in terms of empathy and compassion. We encourage them to see love as the commitment to imagine what it is like to live in someone else’s reality. I think that’s what Peterson has done with his poem.

The Line Between Us suggests using Peterson’s poem as a part of an activity where students perform brief improvs based on real life situations connected to the border and immigration. After the improvs students each write their own interior monologue (see pages 28-33 of The Line Between Us for more information). Too many times the immigration discussion comes from a place of “us” and “them” where it lacks both a critique of privilege and the dehumanizing discourse used. The use of improv, role play, and reflective writing attempts to counter all this. Here students are asked to really consider what the lives of immigrants are like.

If time allows, I’d suggest creating an entire unit based on the resources in The Line Between Us. If that’s not possible, use a short story such as Pancho Rabbit and Coyote: A Migrant’s Tale by Duncan Tonatiuh or Pam Muñoz Ryan’s chapter in First Crossing to help students imagine the reality of immigration. Discuss the readings as a class. Ask students to write their own poem from a point of view they can imagine based on the readings. Read Peterson’s poem to give students a sense of the kinds of things they can communicate in their own poem. Or perhaps your class is studying another social justice issue that could be further explored through writing a poem like Peterson’s. Any topic that asks students to consider humanity with compassion and empathy while recognizing the agency of those involved could work with this writing activity.

We’d love to hear your thoughts on how you’ll teach about Valentine’s Day this year. If you’re looking for other resources for teaching about love, Rethinking Schools has provided a roundup of many of their relevant materials here: https://rethinkingschoolsblog.wordpress.com/2014/02/14/resources-for-teaching-about-love/

3 thoughts on “En la Clase: Teaching About Love Through Immigration”