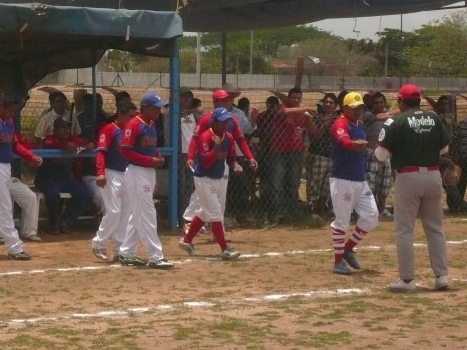 Following up on this week’s Next Good Read on Matt de la Peña’s Mexican WhiteBoy, about a Mexican-American teenager in San Diego (with a hidden talent to throw a ninety-five mile per hour fastball) who struggles  to construct his own identity in the face of his community’s racial barriers, I’d like to focus this week’s post on the history of California, Mexico and Mexican-Americans in the early development of Major League Baseball, a sport widely regarded as “America’s” pastime.

Due to baseball’s central position in the history of American popular culture, the official online Baseball Almanac has taken great pains over the years to compile a thorough collection of useful statistics regarding the league.  Among this data is a compendium of information identifying the birthplaces and nationalities of the players.  Browsing this database leads quickly to the realization that a significant percentage of players in Major League Baseball in the USA are of Mexican or Mexican-American descent.

This realization is a testament to how baseball has held a uniquely important position in border states through the 20th century, particularly in southern California and northern Mexico.To date, for instance, California has produced more baseball players than any other state at 2,102, almost double the next highest, Pennsylvania at 1,375.

Then, if we follow this next link to a list of birthplace by U.S. state according to the year, we see that California was not always such a baseball powerhouse, as it rose to prominence only during the second half of the 20th century.  No wonder that in 1958 the Brooklyn Dodgers and the New York Giants literally picked up and moved to the west, and by 1968 three more teams followed (San Diego Padres, Oakland Athletics and the Anaheim Angels), giving California the most professional teams in one sport in a single state.

It is interesting to note that none of the five teams chose to utilize a Spanish team-name, except for in San Diego, the city closest to the border.  Despite Mexican and Mexican-American influence in the development of American’s pastime, Hispanic players endured explicit racism, and (as shown in Mexican WhiteBoy) still do today.

Mexican nationality may be far more underrepresented in major league baseball than these statistics even show, due to so many American players of Mexican descent whose nationality only shows U.S.  For instance, one of baseball’s most prominent heroes, Ted Williams, was half-Mexican, something most American baseball fans still do not know. Mel Almada was the first Mexican born player to break into the big leagues in 1933, 14 years before Jackie Robinson played his debut game.

All of this is food for thought as we delve more deeply into our featured book for this month, Mexican WhiteBoy.  We’ll continue the conversation in a few weeks when Lorraine highlights the book’s author, Matt de la Peña. Have a wonderful weekend everyone!!